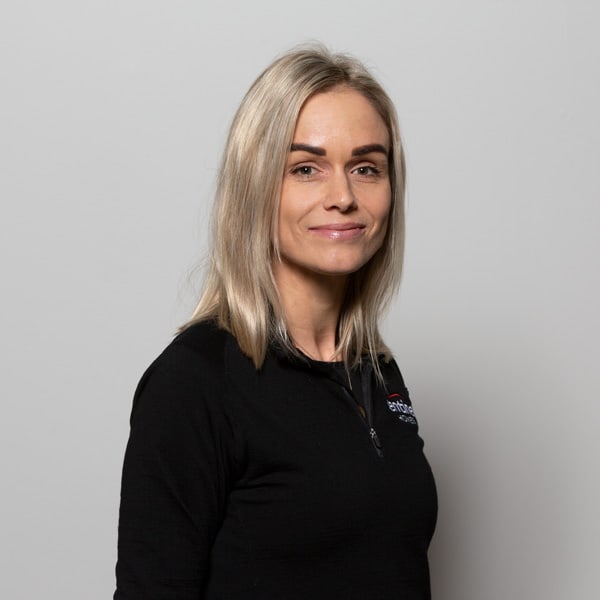 Renee is the friendly face that welcomes everyone to our office. She looks after general administration in our office and provides support to every department as well as being heavily involved with our handover process. Her favourite part of the role is dealing with our clients and she loves the friendly dynamic of our team. Renee has a keen interest in interior design and is looking to grow into doing more of the selections and colours process with our clients over time.

Outside of work Renee loves to spend time with her young family (her kids Evie and Cooper are beautiful!), she keeps fit by running, loves to cook, and is doing up her own home. 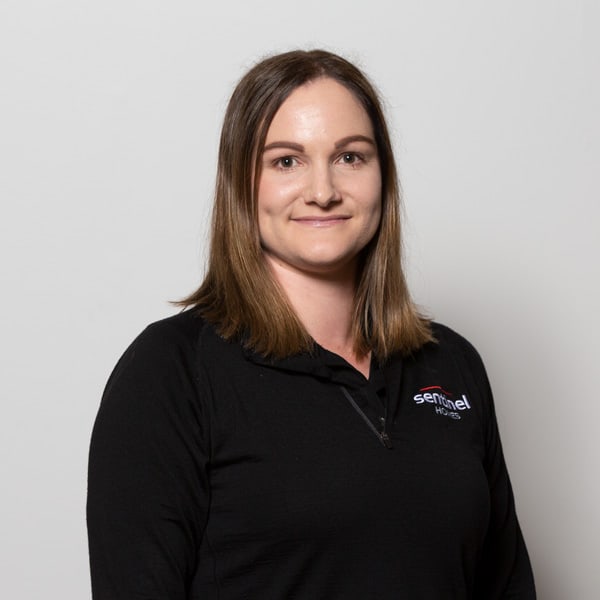 Haley looks after our accounts department to ensure that all of our build partners are paid on time as well as looking after the financial wellbeing of the business.

Haley loves the flexibility of her role (especially having two young kids) and that we support her and give her every opportunity to grow.

She believes that everyone wants and brings out the best in each person, and she loves that she has contact with every department and person in the business because of her role.Outside of work - Haley loves spending time with her family, fishing when she can get out, and having an occasional dance music night with her friends and a few wines! 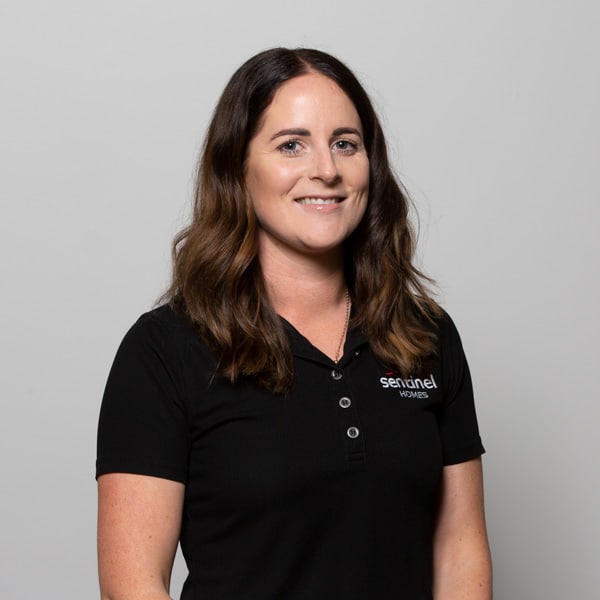 Ash is our Junior QS and is in her final year of completing her diploma in Quantity Surveying, which she’s been studying for while working for the Waikato team. Ash started with us as Accounts manager and as she’s completed more of her qualification she’s moved into the Quantity Surveying team. She works closely with Monesh to ensure accurate job costing and deals with a lot of our build partners carrying out the work on site.

Ash’s favourite part of QS'ing is being able to contribute in a big way to the completion of beautiful family homes and the responsibility that comes with it.

Outside of work Ash likes to read, hangs out with her kids, ride her bike, and help her husband Daniel onsite - they have built their own houses in the past. 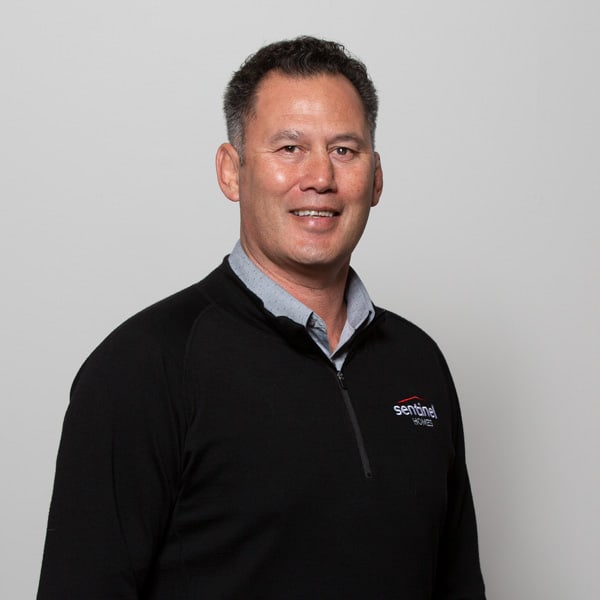 Emerson has been in the building industry for 20+ years and this allows him to offer our clients an experienced and balanced input as part of their building project.
Dealing with people is Emersons favourite part of his role and he believes in ensuring everything we do is centred around making the process as enjoyable as we can for our clients through proactive communication.

Emersons role is about providing leadership and direction both to our design and build consultants and wider team to offer a level of service that not only provides our clients comfort, but exceeds their expectations. Emerson is always first to suggest a social outing and is known for how fun he is to be around – hence he’s the party starter!

Outside of work Emerson likes to hang out with family and friends, loves his footy, and can often be found riding around the river trails on his bike with his sons. 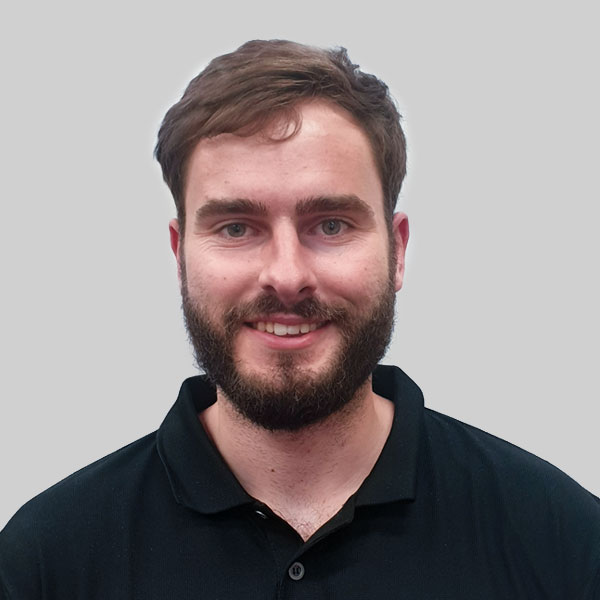 Ryan was a professional gamer for 5 years, which allowed him to travel and live around the world. When he came back home to New Zealand, he decided to get into the construction industry as a Quantity Surveyor. He's currently completing a diploma in quantity surveying, while working as part of the team at Sentinel Homes. Outside of work Ryan enjoys spending time with his partner and family - outside doing things around the house, running and playing sports. 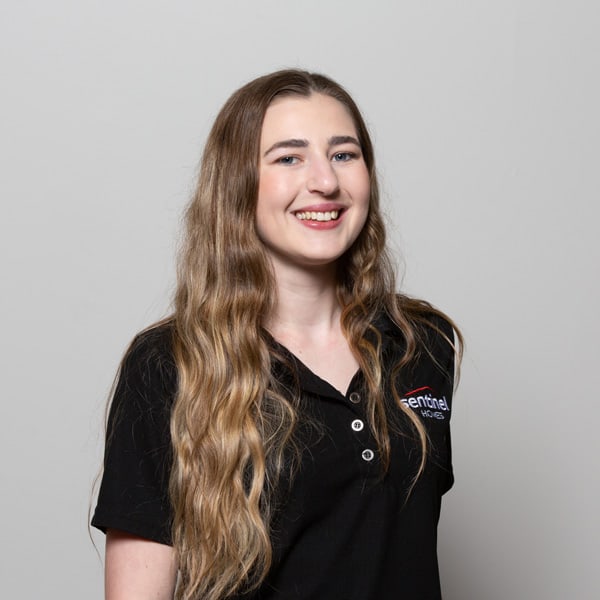 Abbie has been with the Sentinel team for quite some time now, she started out as a designer with one of our trade partners and is now an integral part of our sales team. Abbies role is to guide our clients through the design, selections and pricing process and every client who deals with Abbie is well looked after, with the result being a beautifully designed and well thought out home, with every question answered along the way.

Outside of work Abbie loves wining and dining with friends, renovating her house, and hanging out with Wolf (her dog) and cuddles with Mila the cat. 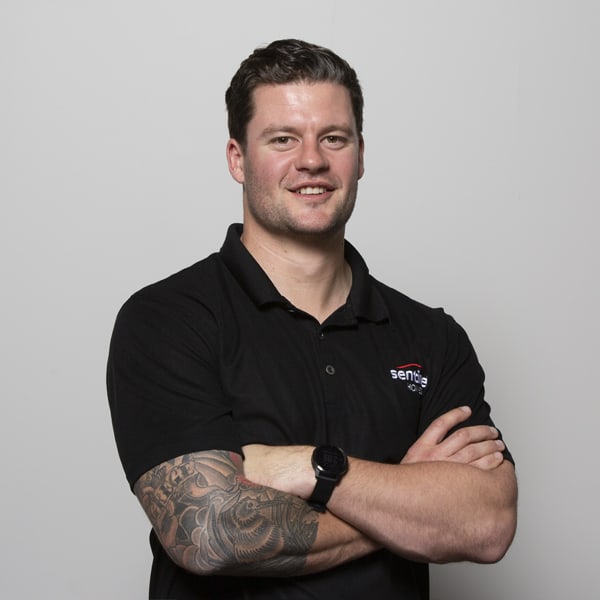 Nate owner and general manager, Nate is tasked with “steering the ship”", He's a builder by trade, who still loves to get on the tools and is currently Vice-President of the Waikato branch of Registered Master Builders.

Nate has worked in almost every role within the business which helps him lead the team and work with each department to ultimately deliver on the vision which is to fulfil dreams both for our people and our clients.  Nate believes that by focusing on the development of the team, the team will be equipped to look after our customers and build partners, meaning that we can all do what we say we will do.

Nates favourite parts of what he does are seeing our people grow and learn, and handover days are a real highlight.  “Seeing whanau excited and proud to be moving into their new home is a real buzz that I could never get sick of!” Says Nate.

Outside of work Nate is a family man who adores his two young daughters and beautiful wife as well as enjoying the outdoors in the form of fishing, diving and travelling. 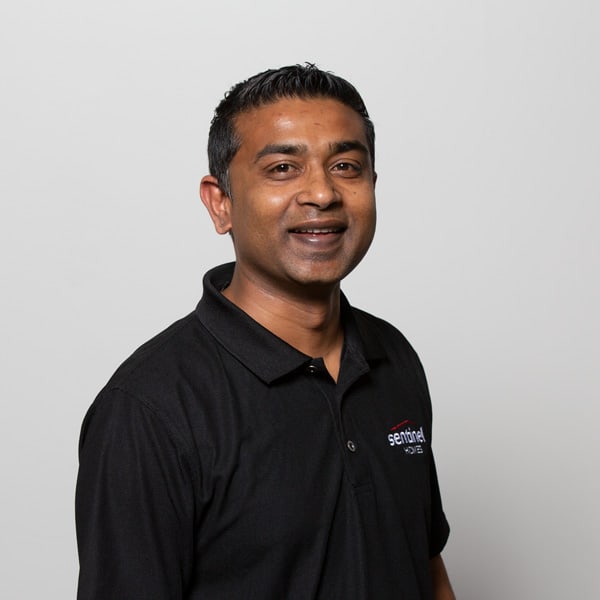 Mon is our Senior QS and since starting with the Waikato team he has brought a wealth of experience with him – he has been a QS for over 10 years now.

Mons favourite part of Quantity Surveying is estimating and building up rates.

Outside of work, Mon loves to watch movies (particularly action and thriller!) and Super Rugby (he’s a blues supporter - don’t hold that against him) and is a dad to two beautiful girls. 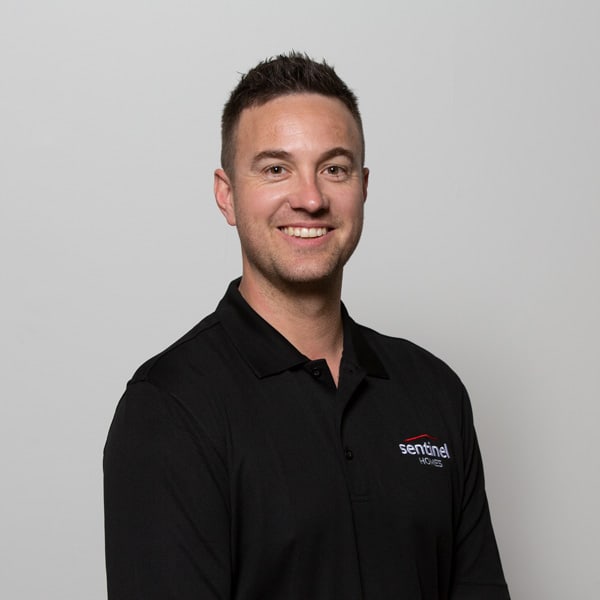 Nathan (Nate) is an ex-builder and has been in the building industry for 15 years. Nate his known for his cool, calm and collected manner and ability to take everything in his stride. His favourite part of the job is seeing the home completed but Nate also enjoys talking clients through the milestones of the build and watching progress week to week.

Outside of work, Nate loves fishing, mountain biking, and hanging out with his son Noah. 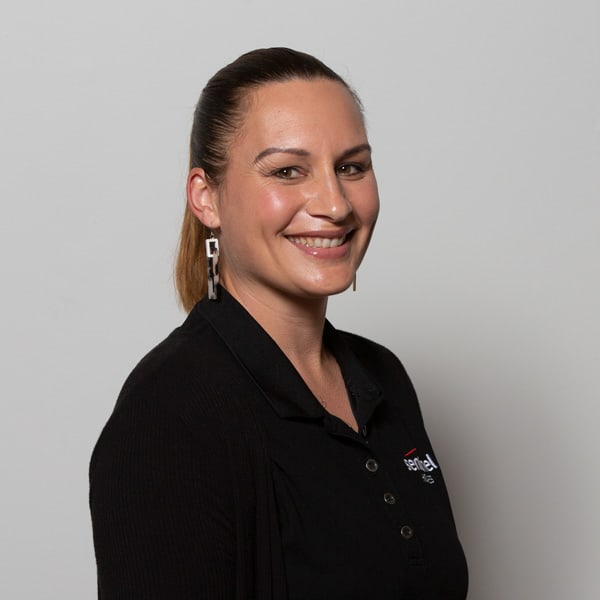 Stacey is the glue of the team and guides all of our clients through the pre-construction process.She makes sure our clients know what is going on, while also ensuring all the boxes are ticked for our construction team to start building on site.

Stacey is a qualified Ambulance officer, and she is also halfway through her diploma in Construction as part of her training program with the Sentinel Team.

Outside of work, Stace loves spending time with her gorgeous daughter Manaia and the rest of her family, as well as hanging out watching the rugby. 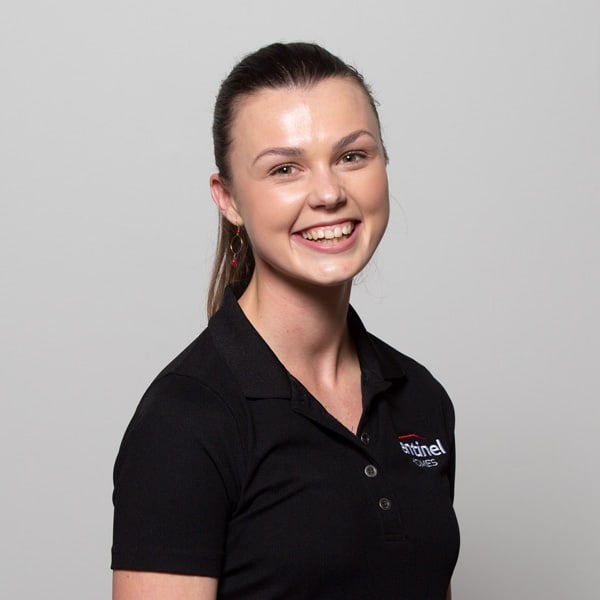 Kirstie is our resident design-guru and everyone who meets her can feel how passionate she is about her job. Helping people is her favourite part and she’s very good at design, but having a Dad and Fiance who are builders means that she’s very good with the finer details and processes of construction too.

Outside of work Kirstie loves to hang at Cooks Beach with Harry, her dog Jack, and her friends. Kirst is the youngest in our team but is considered the “old soul” 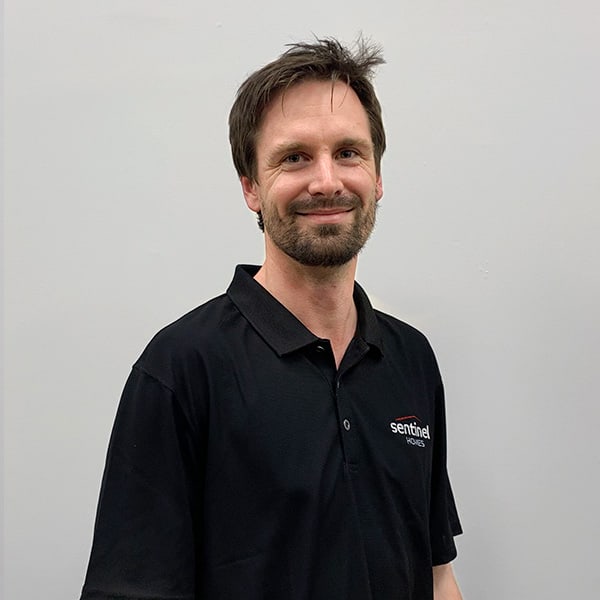 Scott is our (self proclaimed) geek! He is the maestro at implementing systems and processes across the whole team. This ensures cohesion between the departments and ultimately delivering high quality homes to our clients – every time. Scotts favourite parts of his role are the flexibility and problem solving.

Outside of work Scott loves Football, building/making things, hanging out with friends, training his pup, skiing, and renovating his own homes. 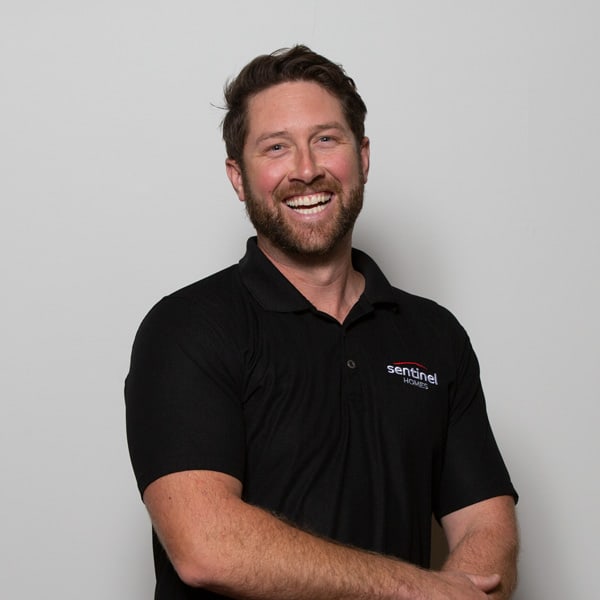 Rowdy is a Project Manager and one of the qualified builders in the team. His favourite part of the job is looking at a finished product and being proud of it. Dealing with happy owners and getting to see the looks on their faces when they get the keys is extremely satisfying to Rowdy.

Outside of work, Rowdy is a keen fisherman and golfer. 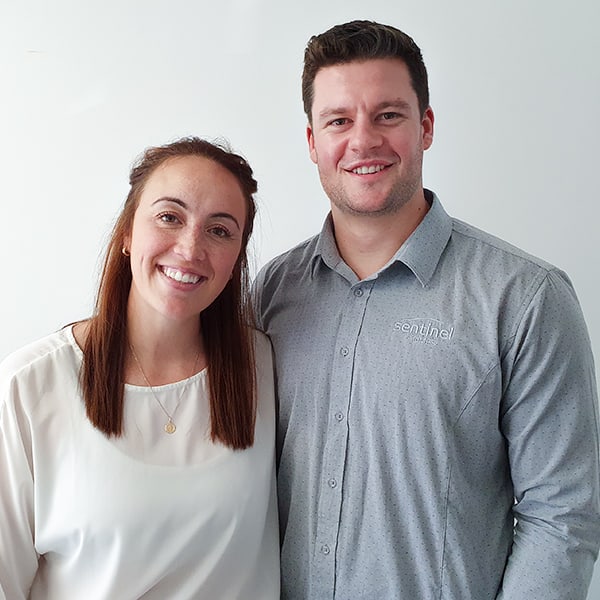 Nate and Jordon Alley have built and renovated their own homes and this is big factor that contributes to their belief - that well designed and built spaces enhance the lives of families. This is what they find really exciting every time they get to build new homes for their clients.

Nate is a Builder by trade, and has been building new homes for nearly 15 years, including multiple House of the Year Gold Award winning homes. Raised in Tokoroa in the south of Waikato, Nate moved to Hamilton as soon as he left school and got an apprenticeship with a reputable local builder who did high end architectural homes as well as commercial construction. From there, Nate moved through the ranks of Foreman & Project Manager to managing his own business. It was during this time that Nate was able to observe what worked well between various building businesses and bring the best parts together to form his own team as Sentinel Homes. Although not on the tools day-to-day anymore, Nate loves to put his tool belt on as much as possible because of his love of building.

Jordon is a primary school teacher at a local school and loves working with children and seeing them flourish. Prior to this she had a career in sport, where she played over 30 games for the Black Ferns 7s team and travelled all over the globe on the World Sevens Circuit. Jordy has a real interest in interior design and Nate loves how she can make a house feel like a home.

Together Nate & Jordy have 2 beautiful daughters that they adore, and will both tell you that being parents is “the best thing ever”. They love Hamilton and the Waikato region and are looking forward to raising their girls in NZs fastest growing city. They’d love to hear from you to discuss your building plans for you and your family.

Get great ideas at a sentinel show home this weekend 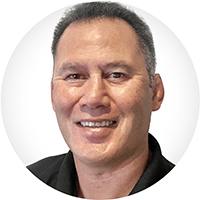 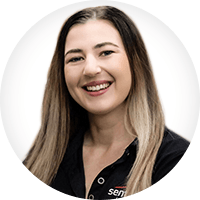 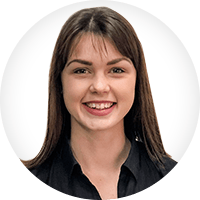 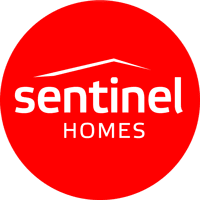 All the way through, communication was excellent and the Sentinel Homes crew were like our mates! The house was built on time and bang on budget – we couldn’t have asked for better.

All the pricing was really transparent and the build came in right on budget, we’d definitely build with them again. We absolutely love this house.

The Sentinel Homes team were all great, each offering a different set of skills and providing ideas about different ways of doing things.

From the minute we walked into the Sentinel Homes Waikato show home it was love at first sight.